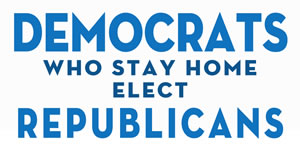 One of the pleasures of my morning commute is to listen to comedian-activist Stephanie Miller’s radio show on Sirius XM (Progress). She often begins with a review of whatever shenanigans Putin’s Poodle (PP) has fouled the White House with overnight.

She seldom has been left hanging, from the continued assaults on the the First Amendment, the Fourth Amendment — hell, most of the Amendments outside the Second Amendment, which is the one the president thinks will save him when his base comes out roaring and armed to keep him in power.

It’s a sad fact that PP’s hopes have been reduced to a complicit Congressional Republican majority, and a deplorable base. And there’s a good chance that come November, the first of those hopes will be voted out of office.

But this is the life we chose, as the mobster said to his protégé in “The Godfather II.”

We can only hope that the American electorate — the ones who bother to vote — will return this nation  to the path of leadership in the Free World.

I won’t be sorry to see that Republican majority go, if we’re lucky enough to see them out. Congressional Republicans are the folks who conducted at least seven investigations into the 2012 terrorist attacks in Benghazi, Libya, spending nearly $8 million over 30 months and disbanding with nothing but 322,000 words — none of them fixing the blame for the attack on anyone, and especially not on Hillary Clinton.

You might recall that she testified for 11 hours and Republicans never laid a glove on her. All they got was a short video clip that they sliced and diced and tried to use as a campaign weapon.

But that didn’t stop the GOP from talking about Hillary. She won the popular vote by 3 million, as we know, and I can’t help but think the margin would have been greater but for the dark GOP threats about impeaching her the first day of her presidency.

The promise of more of the GOP’s policy of disruption might have kept a lot of people home from the polls. After all, it seemed certain Hillary was going to win, so they didn’t feel a strong need to go out and put their ballot on the line. What they didn’t know was that Russian meddling would amplify the votes they didn’t cast. We can hope they know better now.

Hillary warned that Russia was sneaking in under the coat of Putin’s Poodle, and so it happened. Her warning in still operative, and voters need to be aware that meddling is still the order of the day for the Russian bots.

Don’t get me started on his charge that it sure would have been nice if President Barack Obama had warned Americans that Russian interference was in the offing. The fact is we weren’t warned, but that was because Senate Majority Leader Mitch McConnell stepped in and wouldn’t allow it. Thanks, Mitch.

The American electorate needs to know just one thing: There is one political party that was aided by the Russians, and a different party that was attacked (along with every other American). I can help you remember which is which, thanks to a Facebook post I saw the other day:

Now get registered, get out there to help the Democrats, and make certain you haven’t been erased from the voter rolls.

It’s important, in part because this week Republicans in Congress have moved to impeach Deputy Attorney General Rod Rosenstein. They are making these threats because (a) he hasn’t helped them to block the investigation by Robert Mueller, and (b) because he hasn’t helped them make a case they couldn’t make themselves involving (wait for it) . . . Hillary Clinton.

8 thoughts on “You can’t say we weren’t warned”