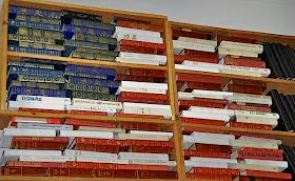 But what really stood out was Trump-appointee Secretary of Defense Mark Esper’s decision to deny American military dependent children living overseas a decent education in order to deny brown children a chance for a better life. His disgraceful decision typifies the venality of the Trump regime.

In this event, pitiful Peter is trapped in the arbitrary Pentagon money pit while predatory Paul lounges against Trump’s disastrous wall. In between are the children of powerless young service members living life overseas in near Spartan conditions.

It’s a particularly rotten deal for the kids, whose pennies their soulless president has purloined from their housing and school budgets to pay for his pretentious wall.

Since Thursday, after Trump’s fixation with weather forecasting waned, reports of Trump snatching $1.8 billion from the mouths of babes began to surface.

Until somebody specifically asked what Trump was doing, the Pentagon insisted the entire matter was a trifle. The money was needed, the cover story went, to “build 60 miles of new wall” in Arizona to protect Americans. When lawmakers cried foul and demanded complete answers, the suborned money was suddenly enough to build 175-miles of new wall to keep out invading hordes of homeless Central Americans waiting to pounce.

An even bigger lie was about the 100 or so “planned” infrastructure development programs being “temporarily shelved” to meet the burgeoning crisis. In fact, 127 base improvement projects will lose their funding completely unless Congress replaces the money in the 2020 defense budget, a DOD spokesman admitted on Saturday.

To ensure his wall isn’t threatened by malicious children, Trump continues to insist 5,000 troops with black paint and barbed wire are needed on the Mexican border to protect America’s most disingenuous icon.

Using our young soldiers for menial tasks instead of training them for war is a huge disservice to the country and the armed forces. Every soldier and Marine is taught that walls and other barriers are merely annoying speed bumps.

Adapt, improvise, and overcome is the American warfighters’ creed and there they are, painting a rusty wall.

The bored troops at the border represent almost two combat brigades that are not ready to fight when the world is. At the same time, the Army is paying its desperately needed young soldiers as much as $81,000 to re-enlist.

Unless the Republicans facilitating the disgrace begin falling on their swords, Trumpian governance will continue to prevail despite his inability to produce a single believable reason to defend his border emergency.

Dangerous Donald’s machinations do provide one unintended consequence. When the principle of  “follow the money” is applied, it points to billions of dollars flowing to remote, mysterious military outposts around the world. Meanwhile, the mundane but essential task of taking care of our service members families receives short shrift.

At Chievres Air Base, Belgium, the Europe West District Superintendent’s Office needed $14,305,000 it was no longer going to get, the Pentagon announced without further explanation.

The item sounded innocuous until a little digging revealed the West District is a U.S. military and DOD civilian school system that operates elementary and secondary schools from England to Germany for military dependents. Because it isn’t in Moscow Mitch McConnell’s congressional district, the jilted students at the essential endeavor received no attention at all.

The children who attend the West District’s eight widely separated school systems are the sons and daughters of airmen, soldiers, and all-branch NATO personnel in England, Belgium, the Netherlands, Luxembourg and Germany.

It isn’t as if the Pentagon doesn’t have enough money to simultaneously build Trump’s wall, fix the schools, improve the bases and still have money left over. Walls are so stupid even Congress realized it immediately and denied Trump the money.

After a 2.6 percent pay increase in the incredible $716 billion 2019 defense budget, on top of the $692 billion the Pentagon received in 2018, the military is in Fat City. So fat in fact, Trump’s unsustainable borrowing habits had pushed the national debt to $22.5 trillion by this past Saturday night.

The Pentagonians, despite spending like mad shoppers, still failed to spend $27.7 billion of the 2018 defense budget, according to a report from the Department of Defense Inspector General.

It was a remarkable achievement considering a new Boeing F-18 Hornet costs $47 million a copy and a Lockheed Martin F-35B Lightning II costs $122 million. Not buying just one Lightning II would pay for all the needs of all the schools in the military’s worldwide system.

The Air Force and Navy aren’t the only culprits of incredible over-indulgence. In 2018, then Army Secretary Mark Esper considered telling Congress the Army did not have enough time to spend all the $67.6 billion Congress gave it to fuel and maintain the Army’s mobile equipment.

Esper’s original 2018 request was for $49 billion to power the Army’s humongous fleet of combat and support vehicles. Then he inexplicably asked Congress for an additional $17.6 billion that Esper later discovered was not spent because his generals couldn’t run through it fast enough.

Call it Catch-22, because vehicular operations are deemed discretionary spending, Congress says use it or lose by the end of the same fiscal year or it is appropriated. Esper decided not to mention it again.

Trump, for one, thinks Congress is an inexhaustible ATM for his egocentric whims. It is not hard to imagine why.

My late grandfather, a salty, retired chief bosun’s mate who served 33 years on U.S. Navy destroyers, used to tell us how his frugal officers demanded that their men save string.

Not anymore! The days of wooden ships and iron men with string are gone, replaced by unapologetic dilatants who prefer kowtowing to a would be king than diligently serving our nation.