Alice fell down, down, down the rabbit hole for what seemed like hours. She finally came to rest in the gallery of the Senate chambers, where the Mocked Turtle was waiting for faithful old Graham, the King’s sheepdog, to assemble the flock.

As the sheep took their places, Alice looked around. She was pleased to find the Queen of Hearts, all dressed in red, sitting nearby. “What is happening?” Alice whispered.

“The King is being tried for stealing the tarts and then lying about it,” the Queen replied.

“But why is the King not here?” Alice asked.

“The King says he never had any tarts in the first place, but that if there were tarts, he didn’t eat them, and anyway he paid for the tarts and all the tarts are his. Therefore, he sees no reason to be here,” the Queen explained. “Now, let us listen to the proceedings.”

The Mocked Turtle banged his gavel, and the sheep stopped bleating.

“The Queen of Hearts, she made some tarts, all on a summer day. The King of Hearts, he stole the tarts and denied it the next day,” the Knave read.

“Fake news!” the Mocked Turtle thundered. “We all know it was Hillary who stole the tarts. If there were any tarts, which we aren’t saying there were.”

“Off with her head!” the sheep shouted.

The Queen spoke up. “May I remind you that Hillary is not on trial here. She has been cleared of anything to do with the tarts.”

“Fake news!” the Mocked Turtle said again. “Very well. We are here to try the King for stealing the alleged tarts and then covering it up. Allegedly. What say you?”

“Not guilty!” the sheep bleated.

“The child speaks the truth,” the Mocked Turtle said. “It isn’t right that the best King we ever had should ever be accused of such a heinous act.”

“That’s not what I meant,” Alice said.

“You should always say what you mean, and mean what you say,” the Mocked Turtle admonished. “So what did you mean to say?”

“I mean,” Alice said, “that you need to look at the evidence and hear from the witnesses before you deliver a verdict.”

“Off with her head,” the Mocked Turtle said.

“She’s just a child,” the Queen of Hearts protested.

“Off with both their heads!” the Mocked Turtle cried. “What evidence is there? Are the tarts here?” 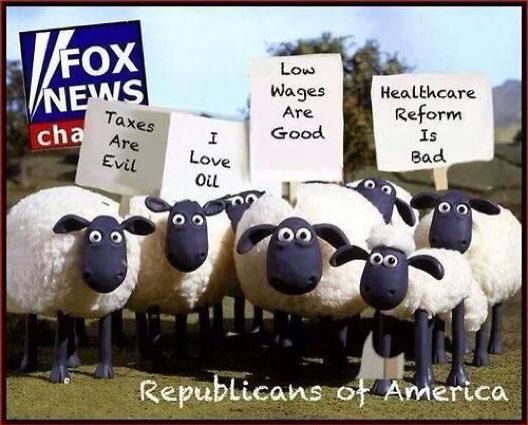 “Well, if there is no evidence, then there is no crime,” shouted one of the sheep, and all bleated in approval.

“But we do have evidence from the King himself,” the Queen said. “Look, here is a photo the King posted on Twitter, showing him stealing the tarts. And another photo, an hour later, where he has jam all over his hands.”

“Those pictures could have been faked,” the Mocked Turtle said.

“But look what he wrote,” the Queen said. “See, it says ‘I took Fancy Nancy’s tarts and shared them with my friend Vlad.'”

“That proves nothing,” the Mocked Turtle said. “We all know the King lies. So we can’t believe him when he says he took the tarts. Therefore, we find him not guilty.”

The sheep bleated approvingly. The Queen ushered Alice out of the chambers, and they watched as Graham led the sheep outside.

“I will bake more tarts,” the Queen said. “Sooner or later, he will be caught stealing them.

“Meanwhile, the King has planned a splendid feast. I hear mutton is on the menu.”

6 thoughts on “Alice in Trumplandia: The King’s trial”