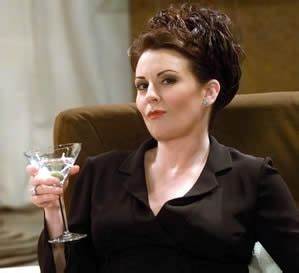 First, I’d like to apologize to all women who are named Karen. I’ve known several, and they are lovely people, and it’s a perfectly lovely name. But it’s become a shorthand for a certain type of white, entitled woman often found in the sort of pleasant suburb in which I live.

I wasn’t aware we had so many Karens here until the pandemic forced the closure of hair and nail salons and shopping centers, leaving them with time on their unmanicured hands. And last week, amid the turbulence following the murder of George Floyd  in the custody of the Minneapolis police, they showed off their true colors by — bullying a high school valedictorian online.

It all started when the young woman, who is African-American, posted a video on her Instagram page criticizing parents who have been complaining that because of the pandemic, there will be no high school graduation ceremony (I am withholding her name and the name of the town).

The young woman says she’s “survived years of racial discrimination,” and calls out the parents for comparing their charges of “oppression”  from the lack of an in-person commencement to the Black Lives Matter movement.

Someone posted the video to a Facebook group, and the Karens quickly proved the student was right. Some called for her to be removed as valedictorian. One questioned “what or how she suffered,” and another noted that she is heading to an Ivy League university, so “how bad can her life be?”

The furor spread to other Facebook pages, including one for town residents. This time, many came to her defense, and some called for the post to be removed.

Things settled down somewhat when the superintendent of schools released a statement supporting her.

Until the next day, when someone posted what he apparently thought was the smoking gun — a videotaped interview done a week earlier in which the young woman said positive things about her education.

Heavens! You mean a graduating senior might have had both good and bad experiences in school?

The Karens felt vindicated and came out in full force. One called the young woman “arrogant,” which I guess is the new “uppity.”

The student’s defenders told the Karens to stop picking on a kid and called on the moderator to take the post down.

Soon after that, the moderator shut down all comments on every post on the page, including such innocuous things as recommendations for the best pizza in town. A few hours later, all the posts concerning the valedictorian were gone.

That’s one way to deal with the Karens.

2 thoughts on “Shut up, Karen”