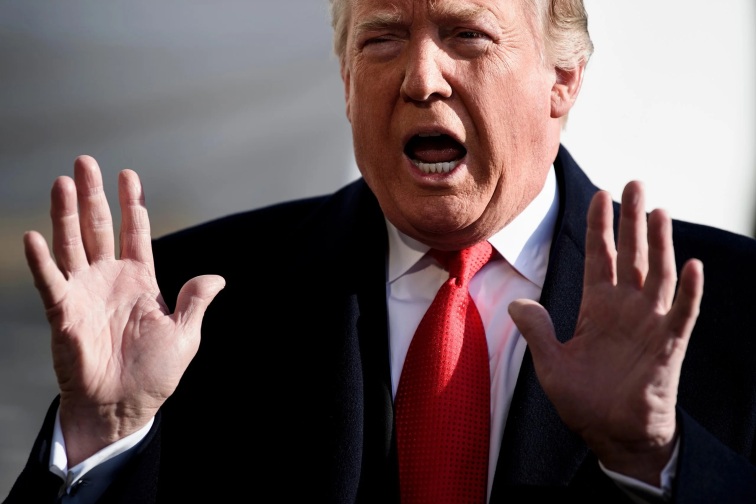 Throughout his life in business and politics, Donald J. Trump has created chaos. It’s his trademark management style.

That it has served him well in his quest to become the richest and most powerful person on the planet will be hotly debated by historians for decades if not centuries to come.

Unfortunately, chaos is the last type of management style needed when dealing with a deadly health crisis such as COVID-19.

Trump’s chaotic handling of the onset of the disease in our country has resulted in some 350 deaths, with some 27,000 of our fellow citizens testing positive for the virus.

At least some of the victims might have had a chance of fighting off the fatal bug had Trump managed the situation in a calm, efficient, effective manner, by allowing the medical and scientific community to shape a rapid and all-inclusive response rather than playing politics and trying to keep the number of reported cases artificially low in order to prevent the economy from tanking and threatening his chances of staying in the White House for four more years.

Chaos now threatens the lives of anyone suffering from coronavirus. Test kits are still absent from many hot spots. Respirators that can help those already gravely sick with the virus are in short supply across the country, even though the government has thousands of them in storage. Yes, manufacturers are retooling plants in order to produce more of these valuable machines but it will be months before they are available.

That it took nearly two months for Trump to turn to corporate America for help illustrates his chaotic approach to management.

Chaos threatens our hope of battling the disease. Trump promises the quick release of a drug, chloroquine, that he says will cure the afflicted and stop the spread of coronavirus. His administration’s leading medical and science experts say that isn’t true. It could be months before an effective treatment for coronavirus is available.

Chaos, Trump’s management style throughout his life and especially over the last three years.

Chaos. It’s not what the victims of COVID-19 need right now.

4 thoughts on “Chaos, thy name is Trump”